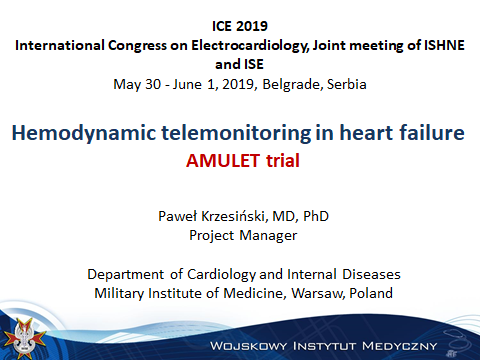 At the session on “Telemedicine in cardiology”, the AMULET project was presented in the lecture “Haemodynamic telemonitoring in heart failure – AMULET project”. 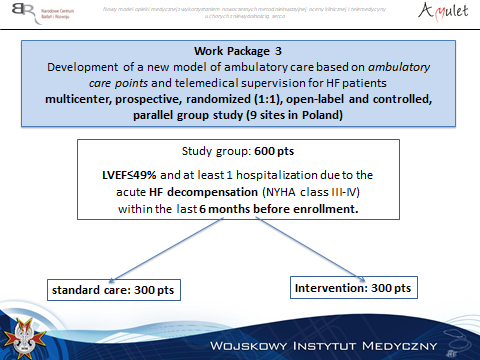 The premises of the project, the results of the pilot study and the partial experiences of the randomised trial were of great interest to the audience. The discussion was attended by the chairman of the session, prof. Ryszard Piotrowicz, prof. Emanuela Locati, as well as prof. Friedrich Koehler, the Head of the Centre for Cardiovascular Telemedicine at the Charité Hospital in Berlin, one of the leaders in telemedicine research in Europe.